Valerie Plagnol at BCA 2019 Conference : Round table: the future of the euro area 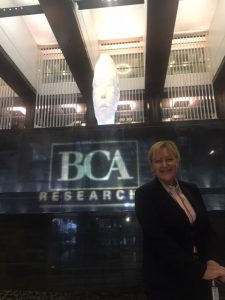 I was a guest-speaker at the BCA annual conference which took place in NYC, last September 26-27. At the round table on the future euro, I delivered: My top 10 list of reasons why you should invest in the euro

Plenty are those who point out that Europe and particularly the European monetary union is dysfunctional, distorted, and in the end dangerous for its members. I could not agree more, at least to the first two terms of his proposition. We have seen dysfunctions and distortions in the past years. The euro area is a work in progress. And this leaves some areas of fragilities indeed.

But as Galielo said once, « Eppur si muove », and yet it moves!

I would like to draw your attention on a few points that I believe are worthwhile taking and that represent strong opportunities for investors to turn to the euro. Let me therefore give you my top 10 list of reasons why you should invest in the euro, and why this is a great moment to do so.

If we examine euro on its own merits, it holds up better to scrutiny than the projected fears and disasters scenarios that are frequently displayed.

The euro area political backdrop has improved dramatically in the past few months.

The election at the European Parliament this spring, proved that, judging by the level of participation rate in most Europe’s member state countries, Europeans are more not less interested Europe. Participation rates were on the rise is the vast majority of the European countries (except the UK). Moreover while previous elections were mostly centered at the national level on domestic issues and predominantly offering a chance for national opposition parties to gather discontent. Such issues as climate change, supported a large rally behind the mounting force of the green parties.

Hence, although on the rise, Eurosceptic parties have not conquered. They even remain divided. A new set of alliances has emerged which will shape the Parliament new mandate and main policy orientations (see below my top 8).

In Italy, (the now) former interior minister Salvini failed to call for early general elections, and a new government was formed with a rather more solid alliance which brought back seasoned political and care takers to drive the country with a more consistent economic policy platform. Mirroring this new development, Mr. Gentiloni was appointed as the Finance and budget commissioner in the new team at the European Commission. It makes no doubt that a coordinated and acceptable by both sides, fiscal policy is on track. Markets have already taken stock of the new change and brought down Italian bond yields to a more sustainable point as for the cost of debt. Italian 10 year bond yield has dropped below 1%. The fears of Italy descending into chaos have receded and even spreading in other countries have not materialized.

Overall, euro area citizens’ strong attachment to the euro, forces populist parties to give up their exiting strategies. 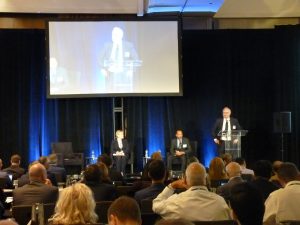 The Greek government restored free movement of capital, lifting all capital controls after 4 years into a rough crisis and economic adjustment, in September. It’s been painful and really hard, to say the least, but the recovery is underway. Yet, the restructuring of the Greek economy has been undertaken by the government that once ran a referendum against those measures. The new government will have to face continuing adjustment, there again in a very low interest rates environment. Cost of debt has been dramatically adjusted to 180’s level, lower than the pre-crisis levels (2010).

The New government has pledged to make the Greek legal environment more business friendly. Privatization process is going to be speeded. (see PM Mitsotakis). – expected GDP growth 1.9% this year, around 2% (hope to get to 3%) next year, according to the BOG governor.

It is interesting to see that the two major appointments at the head of the EU institution were coordinated, and did not take such a long time (some bargaining and discussions have been much longer in the past). The joint announcement of the head of the ECB and of the euro commission resulted from:

Europe’s next commissioner platform may translate in:

The plan has translated into nomination of seasoned political figures, some already members of the previous commission:

Mrs Lagarde’s appointment at the head of the ECB, means that the European central bank governing council will have a strong political clout in the euro area.

Much was said about Mrs Lagarde’s lack of experience at the head of a Central Bank. Indeed, Mrs Lagarde’s role will expand beyond the simple monetary policy gathering, communique and attending the very formal press conferences.

Mrs Lagarde comes with the larger task, I believe, of consolidating the euro area banking and capital market supervisory and coordination mechanisms. She is likely to initiate an extensive research redefining the CB role and tasks (inflation target, helicopter money etc.).

Many issues are more political than technical ones to address.

Furthermore, economic sentiment is dampened by the rising probability of a hard Brexit which consequences on the UK and Europe are expected to be dire in the year that would follow the exit. Some major European industries are also under the threat of increased protectionist measures.

Yet, the euro area economic resilience relies on its domestic market, as employment continues to improve across countries and consumption support these trends.

Germany is mostly affected, due to its larger exposure to external markets (including China) and heavy weight of its automotive sector.

Money will flow out of Germany. Rebalancing growth in the euro area out of Germany and with Germany. The German administration is going to spend more and has a large margin for manoeuver to do so. I would look for new opportunity to invest in the German made corporation as they turn around and embrace new climate/EPS investments.

ESG investing will offer large investment opportunities in the Euro area. Europe Is implementing an energy friendly environment, all corporations that are now working for the environment friendly, CO2 emission reduction, healthier food etc. Europe is making headways. As you know Europe has no oil – expect olive oil… There are many opportunities to implement environment-friendly investment. Economics works and performs better under constraints. I do not you would dispute that the EU and the euro area is rather way ahead in regulation and taxation of corporations. The compliance to clean energy and lower carbon emission are a go. Europe is therefore creating way more investment opportunities.

The German government coalition just launched a large investment program (54 bn euros in the next 4 years, up to 100 bn euros in the next 10 years) to withdraw from fossil fuel. Car makers are now moving into the electric and fuel cell car era.  Who does not want the next Porshe Taycan, in directly coming into the Tesla segment? Public infrastructure plans include, electric charging equipment, housing renovation investment.

There are indeed pockets of weaknesses but they remain manageable.

Private credit investing is growing in the euro area. Investment opportunities are driven through the combined effect of the banking sector withdrawal and the ever available access to cheap credit.

At this stage the euro TWI shows a somewhat undervalued position, which should be corrected in the coming months.

Much depends on the dollar. The recent rise in the US currency owes a lot to active demand on the repo market, but with the Fed intervention, these seem to be temporary.

As the ECB is done cutting rates and the US economic activity is due to slow down further in 2020, I do expect the dollar to fall back from its current high trading range.

Both industrial and service sectors move to Ai. Fintech and insurtech is on its way. Tech per se, retrains a small part of the European area economy at this stage, but it is growing 2 and half time faster than the other sectors (total gross value added contribution 376 bn in 2016)

There are compelling opportunities when Europe is catching up with the US, with the next generation of startups. Venture capital returns are improving as well.

With rates bottoming and euro bottoming this is an interesting time to invest into the future. Other large sectors are undergoing a Consolidating trend (banks auto telecom)

The Single market has allowed European corporations and foreign ones to compete on a larger scale, and reduced transaction costs in doing so. With high tech competing at a global level, the Single market is an adequate level playing field.

The European Union has joined several major free trade agreements in the past 2 years: with Canada, Japan and the Mercosur. Europe remains the largest exporter of manufactured goods and services. Trade is 1/3 of the EU GDP.

Higher education, science, tourism, luxury are some of the Single market points of strength. Europe remains a strong agriculture power.

Number one, because you when visiting Europe, it is easier to travel freely from Tuscany to Cote d’Azur, From Rome to Paris, from Berlin or Dublin to Seville.

Tourism in Europe is another large area of opportunity. Student education has become more attractive, its universities being both competitive and having learned from the Erasmus program on Student exchange.

The Single market there too remains a work in progress, not without its flaws, but many will be pining for the Schengen agreement.